In collaboration with Gillette Children’s Specialty Healthcare, we evaluated whether muscle synergies change when unimpaired individuals walk at different speeds and slopes. 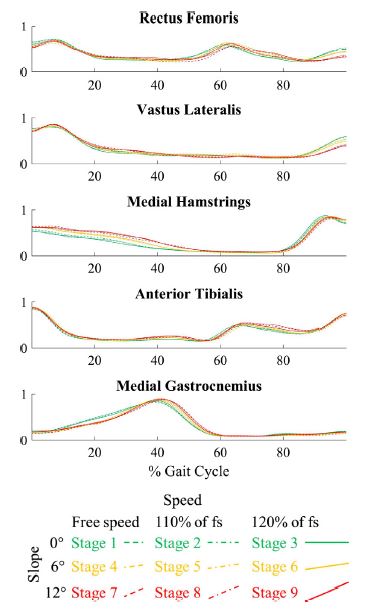 Results: While kinematics and kinetics were significantly altered at the highest slope compared to level ground when walking on a treadmill, synergies were similar across stages.

Conclusions: The high correlations between synergies across stages indicate that neuromuscular control strategies do not change as children walk at different speeds and slopes on a treadmill. However, the multiple significant differences in kinematics and kinetics between stages indicate real differences in movement pattern. This supports the theory that synergies are neurological in origin and not simply a response to the biomechanical task constraints.