This retrospective analysis demonstrated that energy consumption is not reduced after rhizotomy when compared to matched controls with cerebral palsy.

Results: The SDR group had significantly greater decreases in spasticity compared to matched controls (–42% SDR vs –20% control, p<0.001). While both groups had a modest reduction in energy consumption between visits (–12% SDR, –7% control), there was no difference in change in energy consumption (p=0.11) or walking speed (p=0.56) between groups. 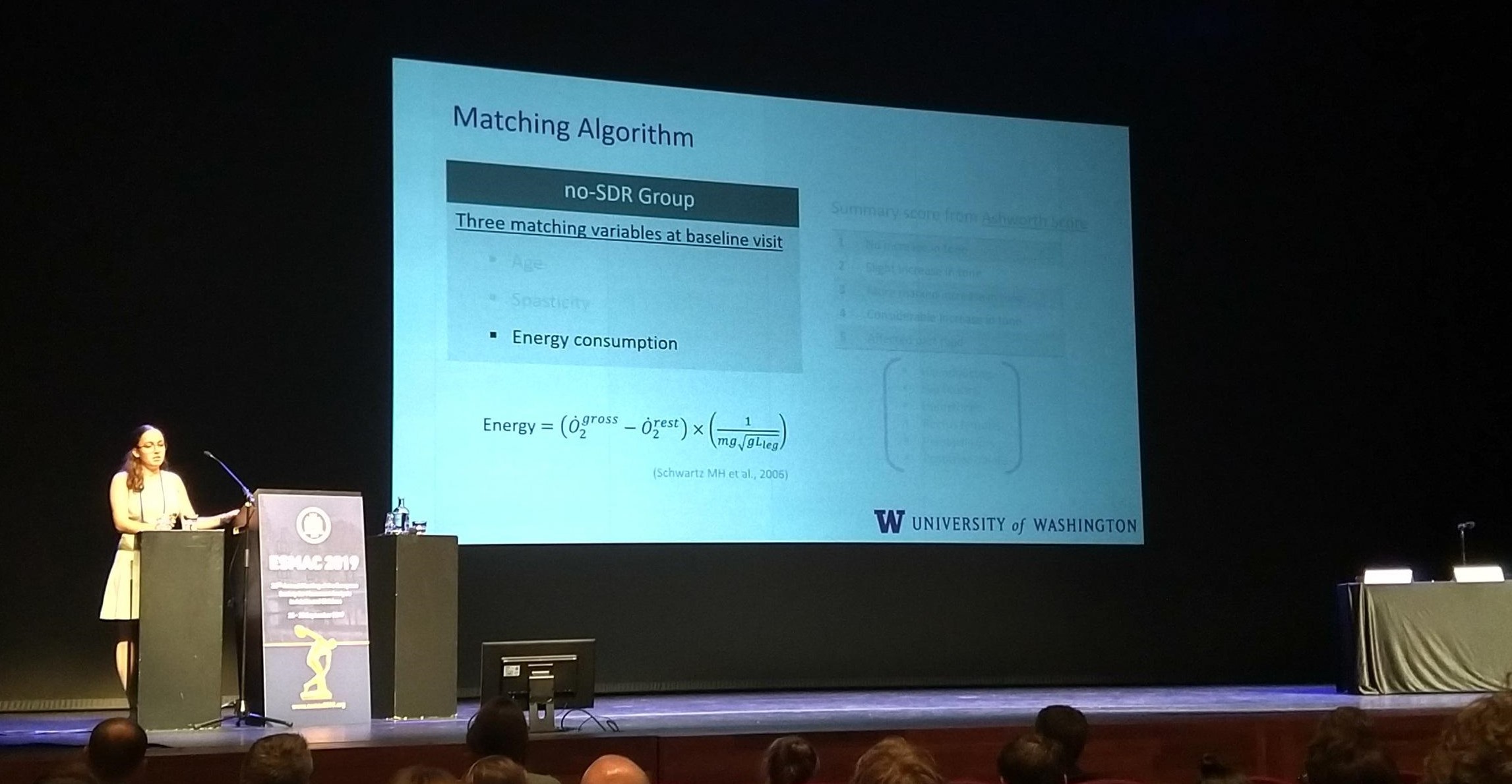 Walking takes energy – but for kids with cerebral palsy, walking can be exhausting. The average child with cerebral palsy consumes two times the amount of energy during walking compared to typically-developing peers – that is the equivalent of jogging or climbing stairs!

The reasons for why walking takes so much energy for children with cerebral palsy remains largely unknown. The extra muscle activity caused by spasticity has often been theorized as a large contributing factor. If this was true, we would expect that treatments that reduce spasticity, like selective dorsal rhizotomy, could dramatically reduce energy during walking.

Led by Nicole Zaino, a new PhD student in the lab, and our collaborator Mike Schwartz at Gillette Children’s Specialty we have been investigating this question. By analyzing energy consumption for children with cerebral palsy who underwent rhizotomy and matched peers with cerebral palsy, we were determined that reducing spasticity does not lead to dramatic decreases in energy consumption.

This research has been nominated as a finalist for two awards at the International Society of Biomechanics Conference. This work was selected as one of 5 finalist for the Clinical Biomechanics Award. Nicole will also present as one of the finalists for the David Winter Young Investigator Award. The final awards will be announced at the conference in Calgary the first week of August. Good luck Nicole!

You can learn more about the study and read the preprint on BioRxiv:

A model of muscle spasticity in OpenSim